Ground effect is an aerodynamic principle that aircraft experience when flying close to the earth’s surface—either over ground or water. The phenomenon takes hold when operating within a distance of one wingspan from the surface. The surface alters the flow field around the wing, resulting in reduced drag and an increase in lift. In simple terms, reduced drag leads to better fuel efficiency and increased lift lets the craft carry heavier payloads. 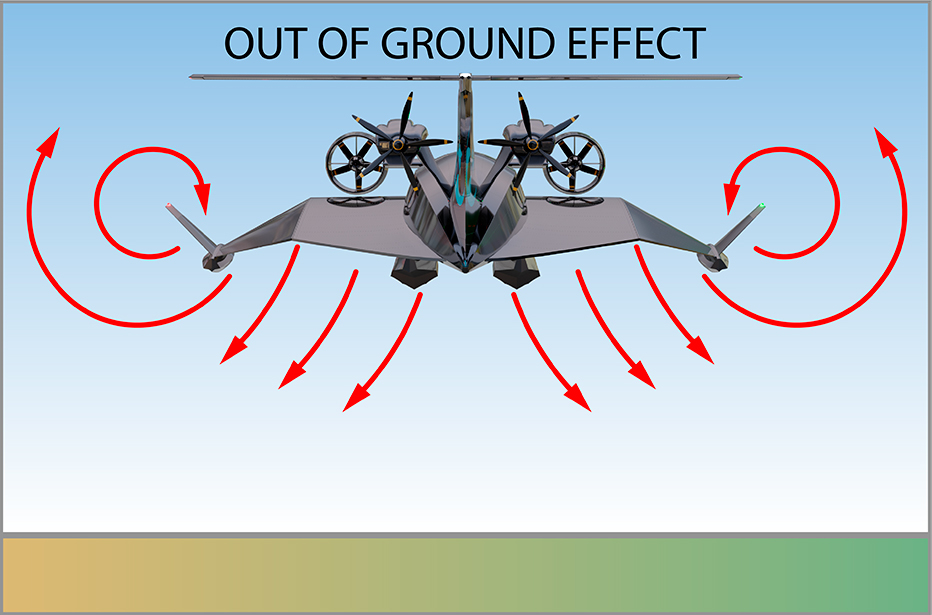 1. When a wing is flown close to the ground, drag-inducing wingtip vortices are interrupted by the ground and unable to form effectively because of the obstruction. The result is lower induced drag, which increases the speed and lift of the aircraft. 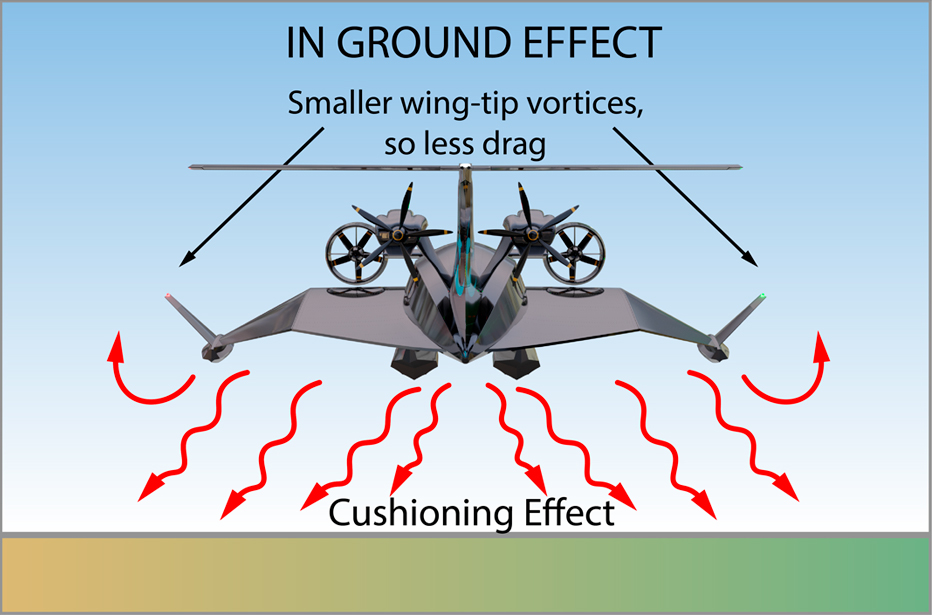 2. Flying close to the surface creates a cushion of air under the wing that is generated by downwash from the wing, thus increasing lift.

The wing-in-ground-effect concept has been proven both on a large scale by the Soviet Union Ekranoplans, and on a small scale with several production and concept vehicles. These vessels are 30-50% more fuel efficient than similar sized aircraft and travel speeds ten times faster than conventional boats. However, to date, commercial and military ground-effect vehicles have been manned. Our patent-pending Flying Ships will be the first ever unmanned ground effect delivery vehicles and will use a new fuel efficient hybrid-electric propulsion system. This novel approach will have produce even better fuel efficiency. 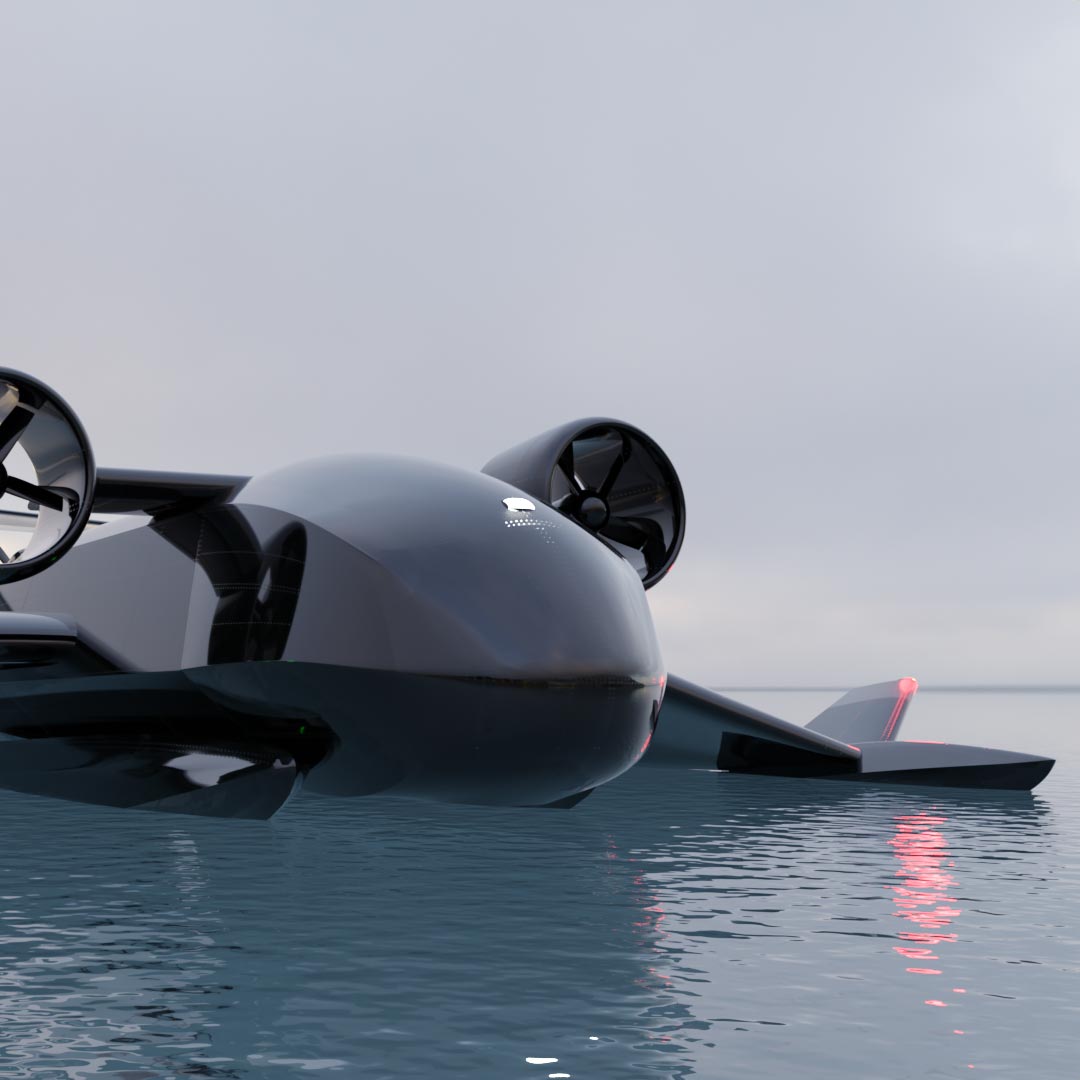 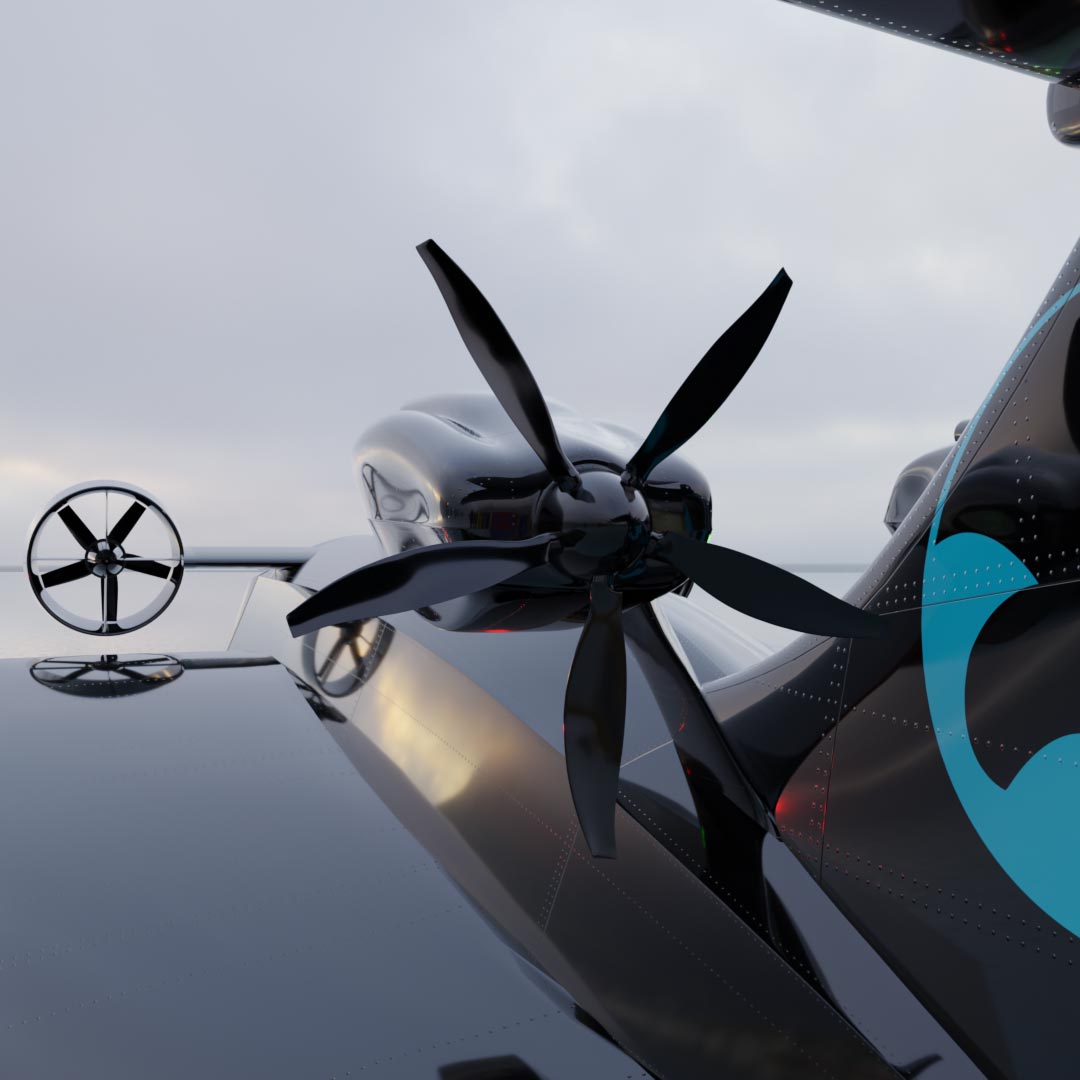 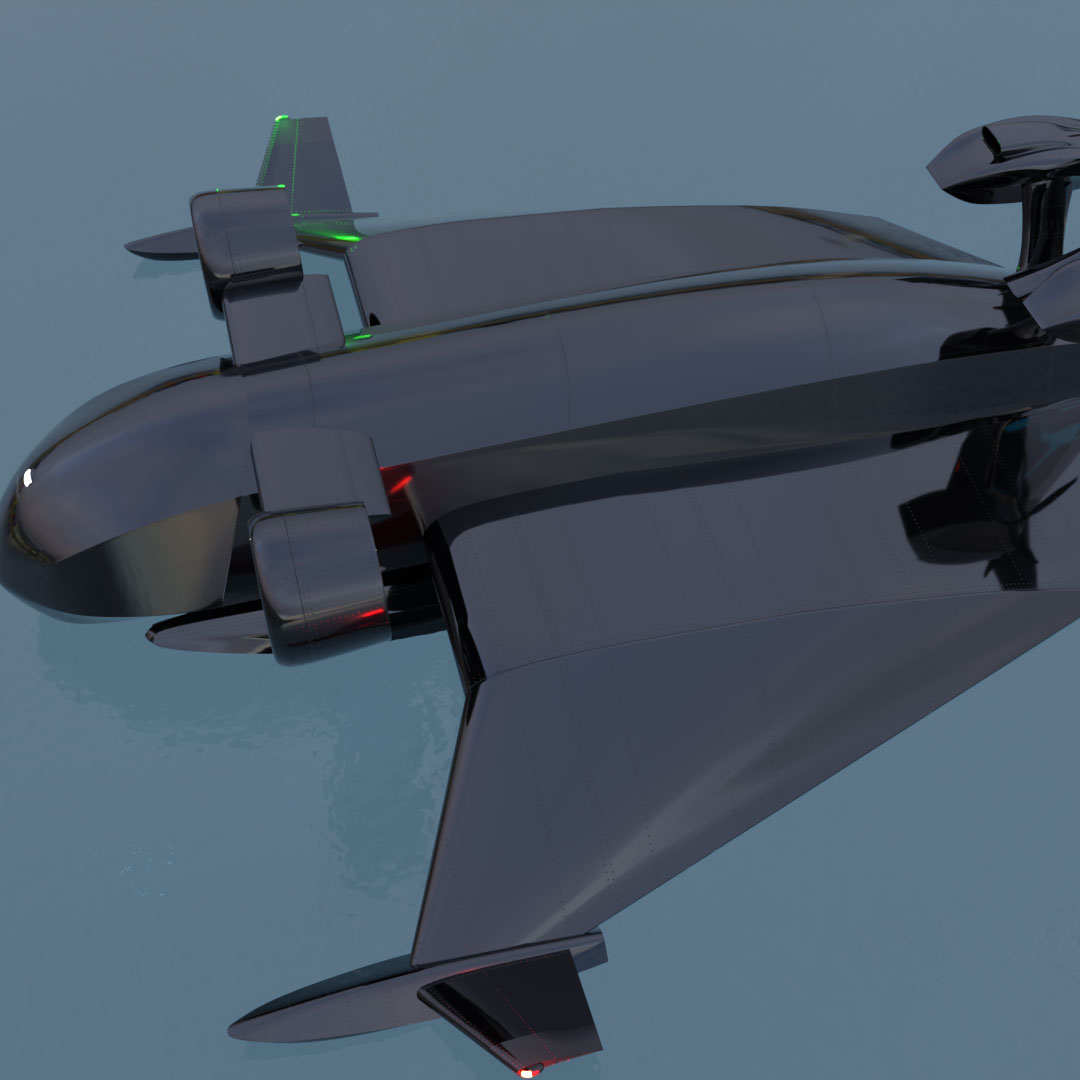 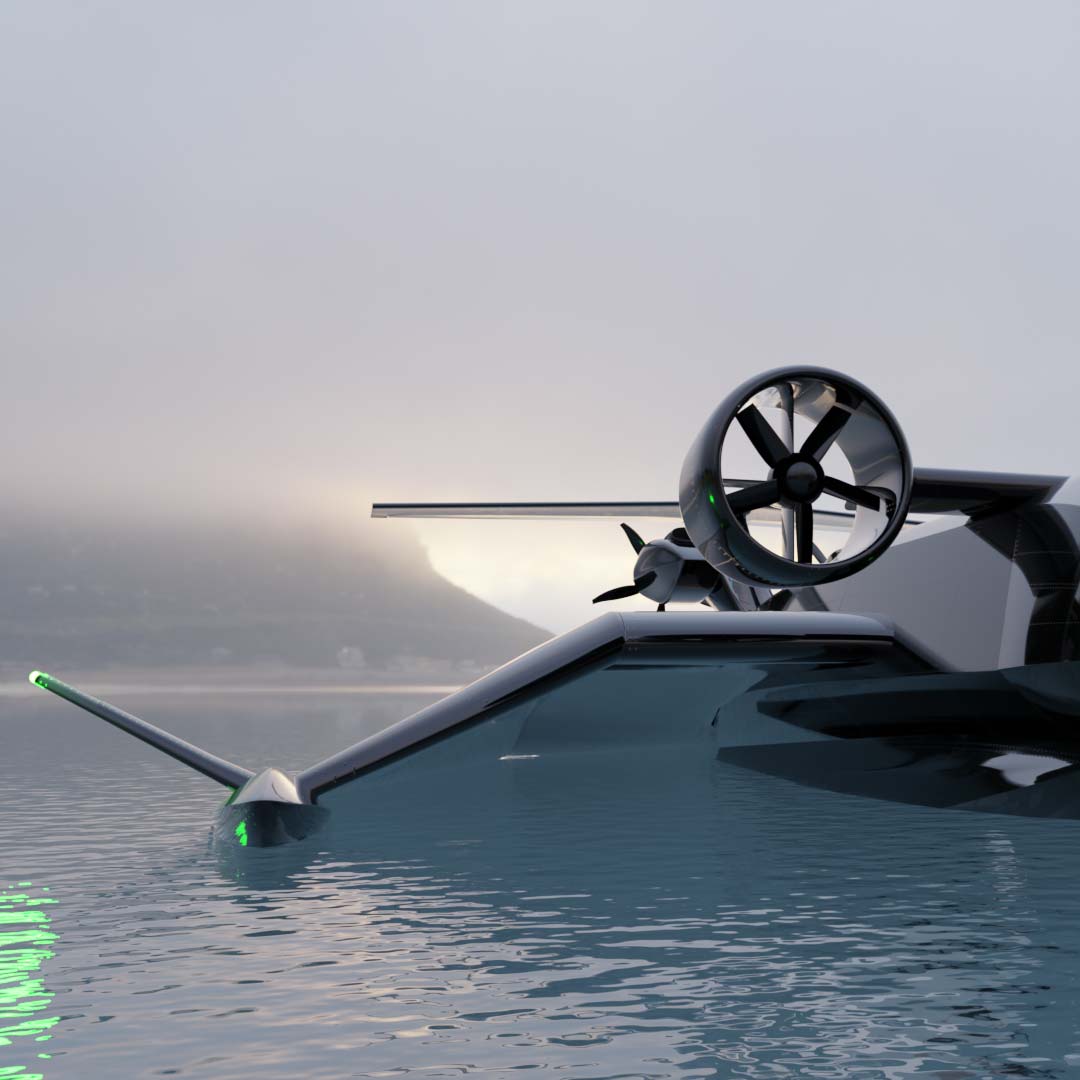